I want to thank you for all that you have done for my son, who had delayed physical development. Today, after having been in your care for two years, he is a healthy, happy little boy. A vast improvement over what he was.

When he was around 6 months old, we became concerned he had delayed physical development. At 9 months the doctors confirmed he was definitely about 3 months behind what he should be. He was not crawling, or trying to pull himself into a standing position. He would sit in the middle of the floor, just watching what was going on around him. He would not try to participate.

His trouble seemed to be in his lower body. He could pull himself across the floor using his upper body, but refused to push himself to his knees and crawl. If someone tried to force him to stand, even leaning him against the sofa, he would scream and cry until you sat him back down.

His pediatrician thought he might have Muscular Dystrophy. We took him to a neurologist. He was tested for MS. They also ran several blood tests, and tested his muscle response. The results were they could find nothing wrong. 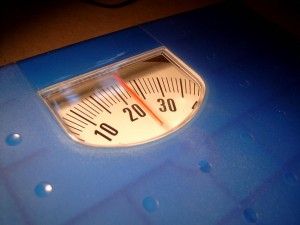 He was under weight, basically delayed physical development, but the doctors were as baffled by it all as we were. He had no muscle tone to speak of. The only bright spot to it all was mentally he was above average. By the time he was 12 months old we noticed him start to turn around. He was pushing up on all fours and crawling. At 15 months he took his first steps.

The doctors continued to monitor his progress. Every couple of months we returned to the office so they could weigh and measure him. They feared he would stop progressing or even start to regress.

When he was two years old they decided to test him again. This was basically them asking a series of questions dealing with what he could and could not do. Physically he was found to be at an age two level. Mentally he was still a little advanced. They weighed and measured him once again. the nurse told me he was the lightest two year old she had ever weighed. They told me he had the weight of a 9 month old, the height of a 12 month old, and he still had very little muscle tone. He did very little to exert himself physically.

Soon after his second birthday I came to see you. I was having trouble with my neck, and needed more than what just pain-killers could offer. When I told you about what was going on, you suggested I bring my son to see you.

When I brought him in, you ran x-rays and immediately found the problem. When he was only five months old, his older brother fell on him. He landed directly on his pelvis bone. This resulted in throwing his lower pelvis completely out of whack. I had told the doctors about the incident, but they had completely disregarded this. They said that this accident could not have been the problem. Even though up until this point he had been fine.

You started giving him pediatric chiropractic adjustments that night. You also gave me the name of a pediatrician. I set up an appointment with him, and continued to bring him to you for adjustments. Within six months, he was putting on weight, and filling out. According to the growth charts, he was developing fine. Where before he had been in the lower 5% range, he was now closer to the 40% range. The new pediatrician looked over his records and decided no further tests would be needed. He was responding to your adjustments and was doing fine – overcoming his delayed physical development.

He is still somewhat small. But, he is no longer skin and bones. He has plenty of muscle tone, especially in his legs. He will assuredly take after his father and be tall and slim. I no longer worry about his health. He is just as active as the others his age, and he may be small but he makes up for it in aggression. The whole family has been under your care for two years now. My children are almost never sick. If they do pick up a bug that may be going around, they seem to get over it more quickly than those around them that see medical doctors.

Seeing a chiropractor on a regular basis is the best preventative healthcare any doctor could prescribe. Thank you for your caring concern and dedication to improving the health of your patients. Thank you for your gentle pediatric chiropractic adjustments that helped him overcome his delayed physical development.